The most interesting recent news

The videos for all sessions during Kamailio World 2015 are available on YouTube channel KamailioWorld. 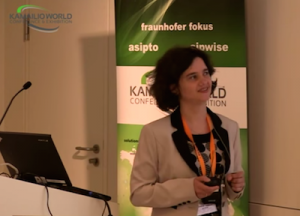 36 recordings show what has been presented and discussed during the two days and a half of workshops and conference.

Big thanks again to our sponsors and participants for making possible to organize the event again and contributing to be a very successful one.

We will soon start preparing for the next edition – 2016 marks 15 years of development for Kamailio project, therefore it will be a special event.

Just in case you missed the announcement (being noted during the event as short term plan): Kamailio v4.3.0, a new major version with plenty of new features, was released.

The author did not add any Information to his profile yet

This website applications may use cookies. Continuing to use this site implies that you agree with it.Ok